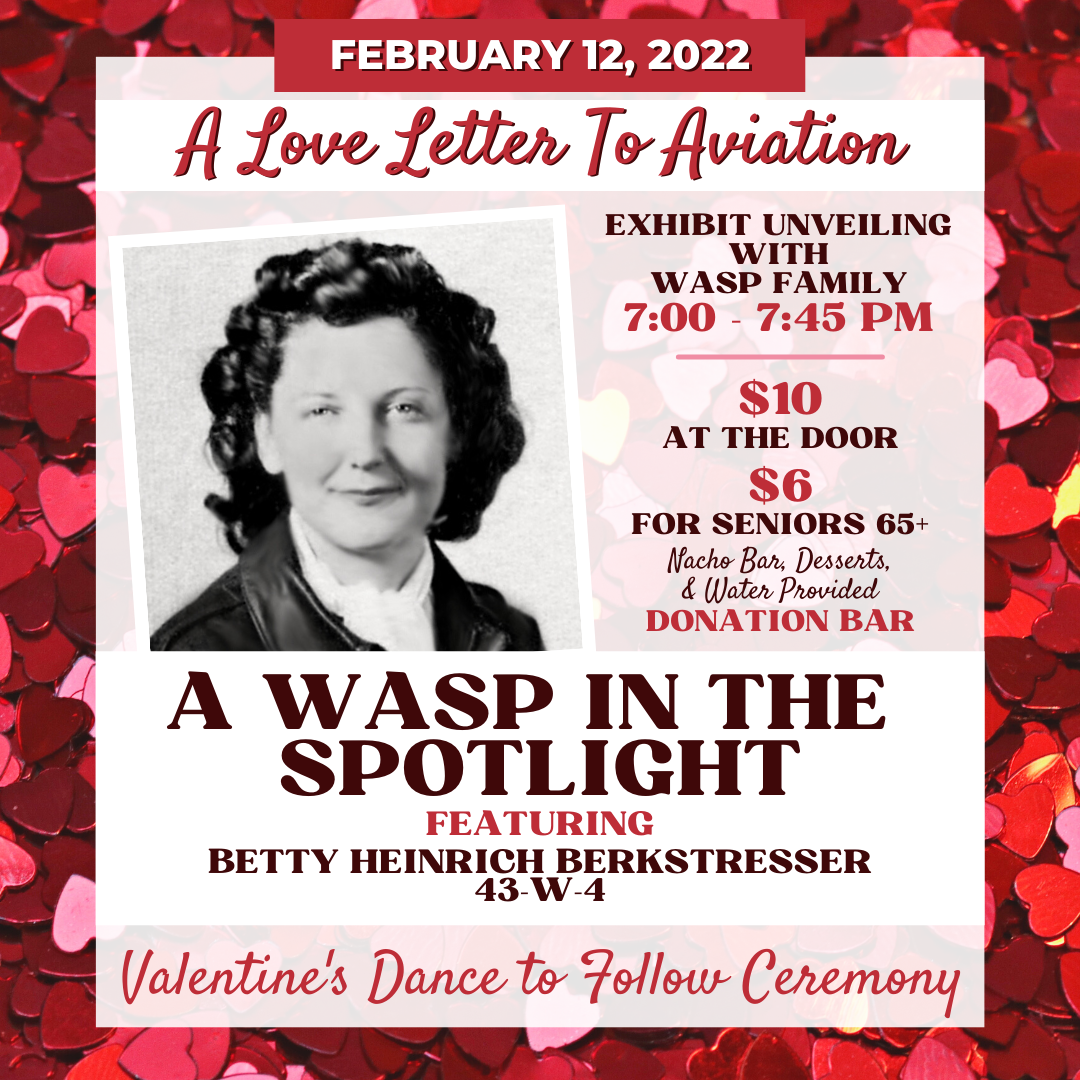 Betty Heinrich Berkstresser was born May 12, 1919 in Houston, Texas. She was a native Houstonian and graduate of the University of Houston. She jumped at the chance to learn to fly after a university math professor asked her, “Would you like to be a pilot?” She immediately enrolled in the Civilian Pilot Training program, took her flight training at Hobby Airport, and began adding hours to her logbook. She was accepted into the WASP Class 43-W-4 at Avenger Field Sweetwater, Texas. Betty’s favorite was the AT-7 in which she flew over 500 hours.

Betty had a passion for exploring. She rode more than 50,000 miles around the U.S. and Canada on her Honda 500cc motorcycle with Herky and Garner State Park friends. Betty took her family on yearly road trips throughout the west and Canada. She taught her children and grandchildren, “It’s a big world out there … stay humble but never settle. Go Have Fun!”

For many years, she was a very beloved 6th grade teacher in Golfcrest Elementary School, Houston, Texas. One of her former students describes her as a “Female Clint Eastwood.” “She walked in a composed way, measured and competent. Her slight smile indicated she knew something you did not which showed understated confidence. She invented Cool.”