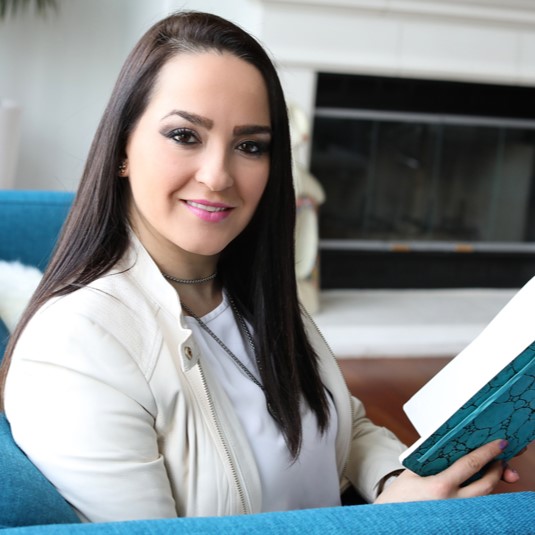 Jacqueline S. Ruiz is a visionary social entrepreneur that has created an enterprise of inspiration. Her keen sense of service coupled with the vision to bring good to the world have led her to create two successful award-winning companies, two nonprofit organizations, author of 29 books, launched many creative products, and held dozens of events and published hundreds of inspirational stories around the world.

She is often referred to as a “dream catcher” as her strategies have supported thousands of women, authors and young ladies achieve their a life of significance. Jacqueline’s quest to be a servant leader extends to every area of her life. She has shared her inspiration in four continents and aligned with some of the powerful brands to elevate others. At her young age, she has achieved what most would not do in an entire lifetime. Being a cancer survivor sparked a sense of urgency to serve and transcend. Jacqueline believes that magix (yes, a made up word that means magic x 10) is the interception of profit and impact.

Born in Mexico City, Jacqueline S. Ruiz moved to the United States at age 14 where she learned English and German shortly after. From a very early age Jackie devoured amazing literature. Authors like Dale Carnegie, Zig Ziglar, Napoleon Hill and other business icons influenced the launch of her award-winning marketing and public relations agency JJR Marketing in 2006  and international media/publishing company Fig Factor Media in 2014. She is a regular guest on TV and radio including CBS World News, CBS Chicago, WGN-TV, ABC7 News, WGN Radio 720, Univision, and has been featured in Forbes Magazine, INC and many others.

Jacqueline currently serves as a board member for the The Fig Factor Foundation, the Alumni Executive Board at the College of DuPage, LovePurse and the World Leaders Forum.  She is a recent graduate of the DePaul University Women Entrepreneurship Cohort 3 and the Stanford University Graduate School of Business, Latino Business Action Network Cohort 11. She represents the 2.6% of women entrepreneurs with over seven figures in the United States. She was recently named “Young Entrepreneur of the Year” by the National Association of Women Business Owners (NAWBO) Chicago, “Enterprising Woman of the Year” in the 1M category by Enterprising Women Magazine and received the “Entrepreneurial Excellence Award” by Daily Herald Suburban Business, among other awards.

Jacqueline is one of the very few Latina sports airplane pilots in the United States and the founder of Latinas in Aviation global brand that now includes the book, magazine, scholarship and events. She believes that “taking off is optional, landing on your dreams is mandatory.”