Every time the Archive staff opens a new collection, it is a new adventure.

We never know what treasures we are going to find. 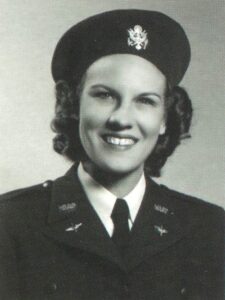 Charlyne Creger was born in Noble, Oklahoma in 1918. In the 1920s, a local newspaper announced that the famous Wiley Post would take passengers for a ride in a plane for a penny a pound or a collection of bread wrappers. Charlyne didn’t have a penny, but she saved bread wrappers. Upon arrival to the plane, Charlyne was told she was too small for the seat belt.  She asked if her cousin could share a seatbelt with her, and the pilot agreed. This was Charlyne’s first flight; she was instantly hooked. After graduating High school, Charlyne became a dancer for Catherine Duffy’s Production in Oklahoma City. Then she became a model for Kickerknick Lingerie.

Before the attack on Pearl Harbor, Charlyne worked at Douglas Aircraft as a Production Control Booth Expeditor. She received her pilot’s license in Norman, Oklahoma, and didn’t receive permission to leave and join the WASP program. Once learning this, Charlyne said she would quit her necessary war job, and go fly for her country. Charlyne reported to Avenger Field with class 44-W-10, the last WASP class. Class 44-W-10 graduated and were able to report to their field but were immediately sent home because the program was disbanded. Charlyne reported to Waco Army Air Field in Waco, Texas.

Once the war was over, Charlyne started working at Crippled Children’s Hospital in Oklahoma. She completed nursing training at Houston’s Herman Hospital and started working at Shriner’s Hospital in Shreveport, LA. In 1951, she joined the USAF as a nurse serving during the Korean War. At the age of 35, Charlyne applied for medical school but was denied and told she would be taking a man’s place. Eventually, she became Chief of the Anesthesia Department at Earl K. Long Hospital in Baton Rouge, LA.

This Shirt is from our Charlyne Creger collection, it was signed by various people, including WASP. The shirt also has a ribbon that says “Grand Prize Winner” the back of the tag says “from B-B’s.”

Shirt from the Charlyne Creger Collection 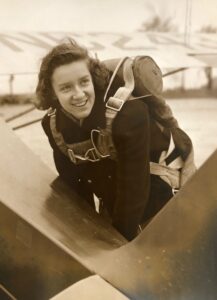 Patricia Hanley the eldest of four children, was born on July 26, 1920 in Milwaukee, Wisconsin. She enjoyed flying which she referred to as her favorite “hobby”. On April 26, 1942 she received her civilian pilots license and joined the Civil Air Patrol.   Patricia was sworn into the Women’s Air Force Service Pilots (WASP) program on 15 February 1943 by Jacqueline Cochran at the 318th U.S. Army Air Force Flying Training Detachment Houston, Texas.  She trained with WASP class 43-W-4, receiving her pilots wings upon graduation August 7, 1943 at Sweetwater, Texas.  Following graduation, she was assigned to the Third Ferrying Group Romulus Army Air Force Field Romulus, Michigan. While at Romulus, Pat ferried planes from factories to military bases all over the United States. She was qualified and flew in 8 different types of Army training aircraft and three operational combat aircraft, B-24 “Liberator”, OA-10 (PBY) “Catalina” amphibious Flying Boat, and the A-24 (SBD) “Douglas Dauntless” Dive Bomber.

On September 5, 1944, she resigned from the WASP program returned home to Wisconsin and married Albert B. Shields.  She and Albert moved to Ohio and started a family. They had four children daughter, Patricia “Petie”, son Charlie, son Albert “Tad” and daughter Veronica. She was known for volunteering in the community and singing in her church choir.  She maintained an Ohio pilots license issued in 1948 but did not continue her favorite “hobby” flying. However, the last entry into her pilot’s log book is dated July 26, 1983, “free flight in hot air balloon, contour flying, alt control flight

This video is from Patricia’s collection, it shows an early class at Avenger Field doing drills and starting up a PT-19. If you look close, you might even see part of Avenger Field being built in the background.

Video from the Patricia Hanley Collection 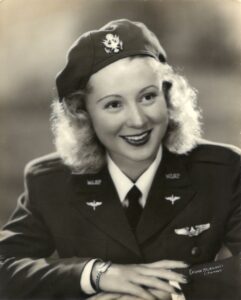 WASP came from many different backgrounds, Dori Marland Martin, 43-W-8 was a model and actress before joining the WASP. Dori was born in Philadelphia, PA on November 14, 1921. She loved horses and became a champion rider at age fourteen. After graduating high school, Dori won the Catalina Swim Suits national competition for Most Beautiful Figure. For winning, she received a trip to California and enrolled at Pasadena Playhouse. Dori learned and became an actress.

When Japan attacked Pearl Harbor, Dori wanted to help the war effort. She posed for ‘pin-up’ photos as a morale booster for troops. Wanting to do more, she told her father about wanting to be a pilot. Dori moved to Denver and began taking flying lessons from two boyfriends. Once she received her license and met the required hours, she applied and was accepted to the WASP program. Dori was to report to Avenger Field with class 43-W-8. After graduating, Dori was sent to Douglas Army Air Field in Arizona. She would test twin-engine planes and bring planes back to Douglas to be repaired. She then was transferred to Kingman, Arizona for tow target missions. Dori’s last duty station was in Luke Field, Arizona flying single-engine trainers.

After the WASP was disbanded, Dori returned to Denver and started modeling for fashion designers. In 1947, Dori and her friend Jo Stafford piloted a plane in the Cleveland Air Races. While in the lead, their plane had engine problems and crashed. Dori survived but never flew again. 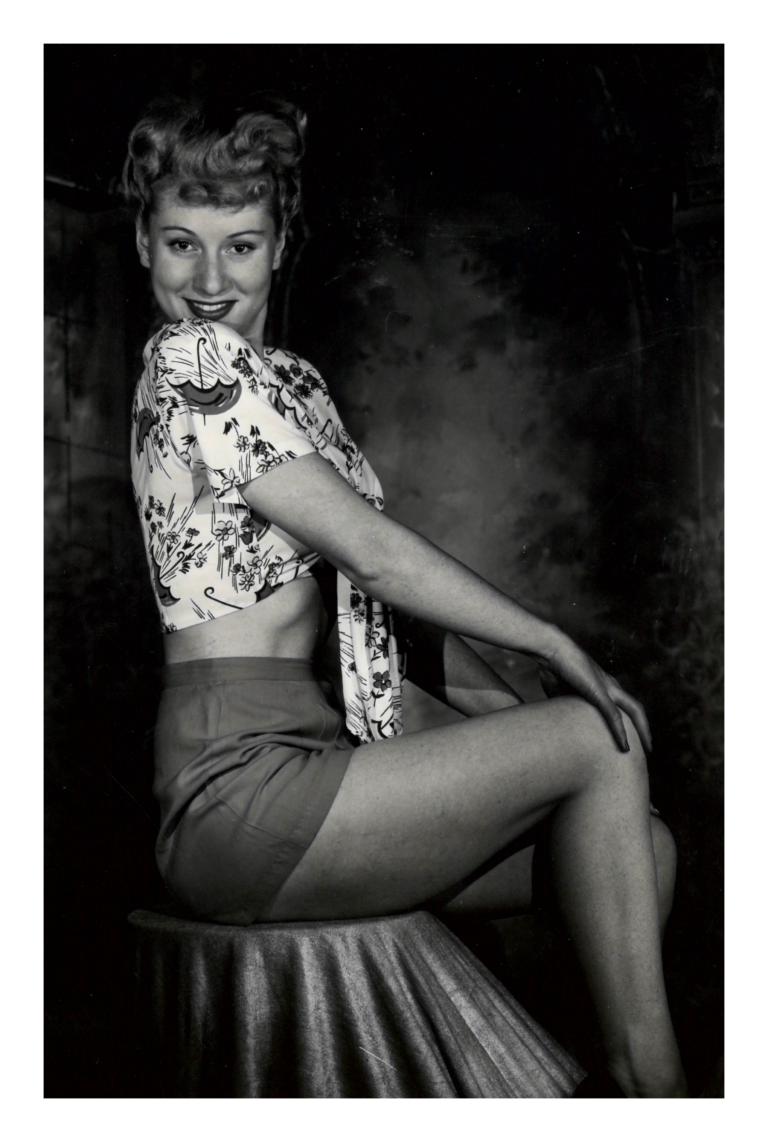 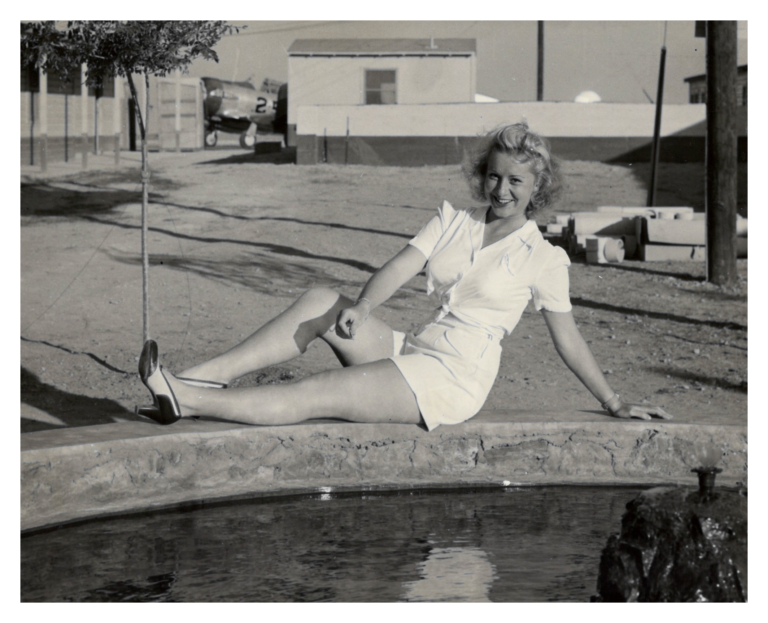 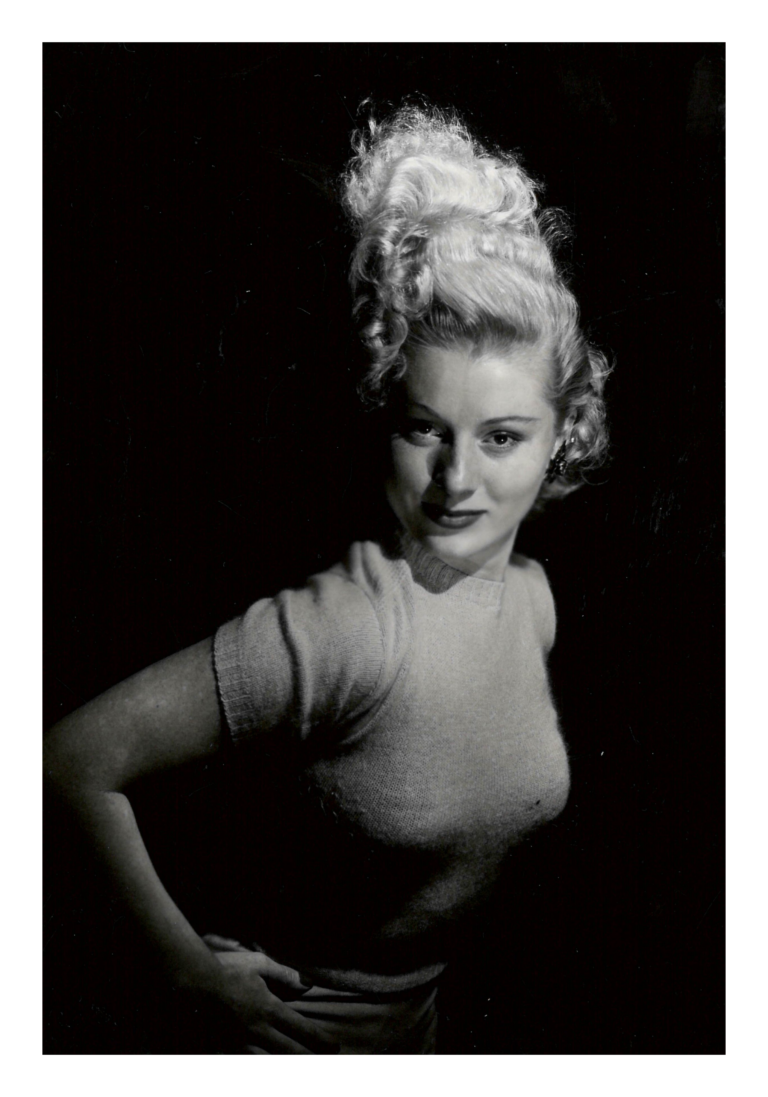