"You don't need legislation to prove something...you can be whatever you set your heart and head to be, and don't let anybody tell you can't be, because 1078 women pilots did it in World War II."
–Annelle Henderson Bulechek
WASP 44-W-2

a history of the women airforce service pilots 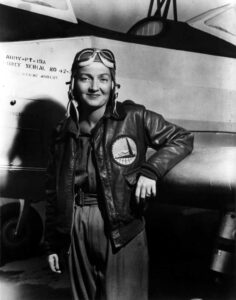 In 1942, as the country reeled from the attack on Pearl Harbor, trained male pilots were in short supply. Qualified pilots were needed to fight the war. The Army also was desperate for pilots to deliver newly built trainer aircraft to the flight schools in the South. Twenty-eight experienced civilian women pilots volunteered to take those ferrying jobs. They formed the country’s first female squadron late summer 1942.

Between November 1942 and December 1944, 1,074 more women were trained to fly first in Houston and then moved to Avenger Field in Sweetwater, TX. Nancy Love and Jacqueline Cochran founded the two programs (Women’s Auxiliary Ferrying Squadron and Women’s Flying Training Detachment) that became the WASP.

WASP flew every aircraft in the Army’s arsenal. In addition to ferrying, they towed gunnery targets, transported equipment and non-flying personnel, and flight-tested aircraft that had been repaired before the men were allowed to fly them again. For over two years, the WASP went on to perform a wide variety of aviation-related jobs and to serve at more than 120 bases around the country.

The man who championed the WASP was Army Air Forces Commanding General “Hap” Arnold. He was revered by the U.S. Congress, but in June 1944 when he sought to officially designate the WASP as members of the United States military, Congress said “no.” After a protracted fight, the WASP were granted military status in 1977, thanks to a law signed by President Carter. These 1,102 Women Airforce Service Pilots flew wingtip to wingtip with their male counterparts and were just as vital to the war effort.

A History of the National Wasp WWII Museum 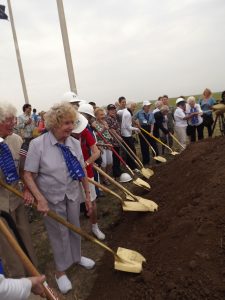 The National WASP WWII Museum began in 2002 with the vision of two women, WASP Deanie Bishop Parrish and her daughter, Nancy Parrish. They believed the history of the Women Airforce Service Pilots should be showcased at Avenger Field on the grounds where most of the WASP trained during World War II.

Plans to transform this vision into reality began in the fall of 2002 with a presentation to Sweetwater community leaders. On December 9th of that year, a steering committee met for the first time to investigate the Museum’s feasibility. Incorporation documents were presented to the steering committee in January 2003, and the Museum was incorporated in the State of Texas in July 2003. The Sweetwater Chamber of Commerce supported the Museum both financially and with key leadership. In September 2003, the Museum Board of Directors leased 55 acres of land at Avenger Field from the City of Sweetwater. The two hundred-year lease included the land as well as a hangar that had been built in 1929 to serve as the first Sweetwater Municipal Airport.

With incorporation papers in hand and a site settled upon, construction of the Museum began. In 2004 the Board of Directors recruited new members to support the Museum, developed a master plan around architectural drawings, mailed the first official newsletters, and continued to seek funds to build a nationally recognized memorial to the WASP. Renovations to the hangar began in early 2005 culminating in the first National WASP WWII Museum Fly-In. Local, state, and national volunteers worked long hours in order to open the Museum in May 2005. The outside of the hangar was painted, and the inside of the hangar was fully renovated to house the exhibits. In celebration of much hard work, a grand opening was held on May 28, the same day the first class of WASP graduated 62 years earlier.

In 2006 the Museum grew with new members and monetary donations as well as donations of historical artifacts and new exhibits. The first Homecoming at Hangar One, now held annually, was held on Memorial Day weekend. The highlight of the first Homecoming was the opening of the exhibit depicting a bay, the living quarters of the WASP while they were in training.

As membership and interest in the Museum grew, directors hired an executive director in 2007. In 2008 the Museum began to register the extensive collection, to find new marketing and fundraising avenues, to increase membership, and to build new exhibits.

As a continually evolving project, the Museum has grown each year.  In 2020, the Museum closed for six months to expand and grow, both in facilities and its Mission.  It reopened May 15, 2021 with a new Welcome Center and Gift shop, a temperature and humidity-controlled archival vault and suite, a fully stocked Catering room, state of the art Conference Room, and a beautiful Exhibit Gallery.  The mission has expanded to preserve the history of the WASP and its airfield and promote their legacy down to our youngest generation.

The future includes a $3.5 million fabrication of all-new exhibits across the entire campus.