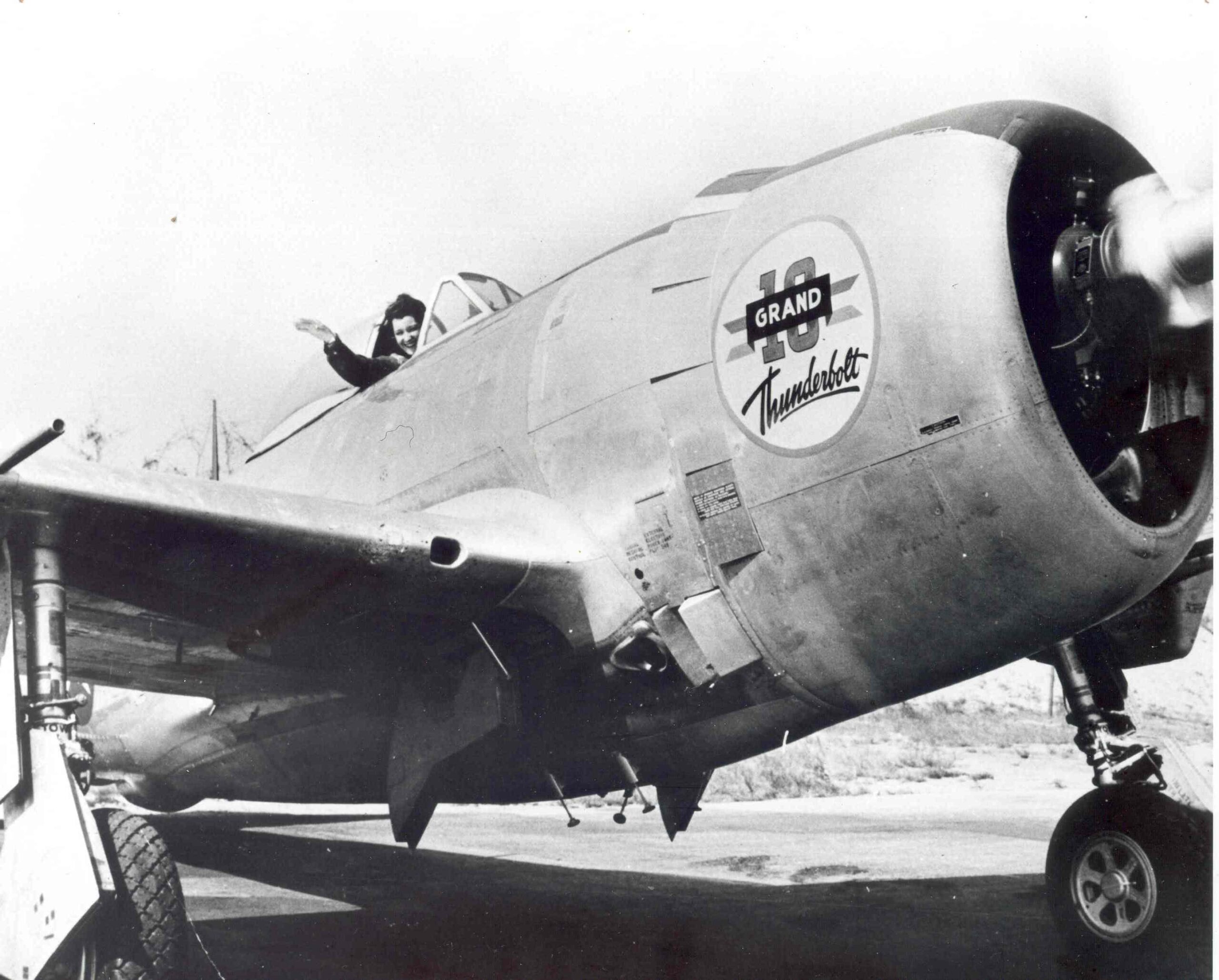 In the latter half of 1944 a squadron of WASP from the Air Transport Command were making one of the Women Airforce Service Pilots’ most outstanding contributions to the domestic war effort. WASP pursuit pilots assigned to the Republic Aviation aircraft factory in Farmingdale ferried P-47 Thunderbolts off the assembly line to the U.S. Army Air Forces. At that time, every one of the P-47s shipped overseas to Britain, and later in the fall of 1944 to liberated France and Italy, had a WASP in the cockpit on its first leg of its journey into combat. In their unique place in the ferrying division, the contribution of the WASP on the home front was decisively felt in the military organization they were called upon to serve.

By 1944, Republic Aviation had gained the reputation as the world’s largest producer of pursuit, or fighter aircraft. Toward the end of that year, the earnest production of the P-47 Thunderbolt reached the point where up to 28 airplanes rolled off the production line per day.

Every morning, a select group of WASP assigned on temporary duty (TDY) to Republic Aviation from the 2nd Ferrying Group, New Castle Army Air Base, Delaware arrived at Farmingdale in a shuttle that picked them up at the nearby Hotel Huntington. Each day, depending on weather conditions and factory readiness, it was possible for each WASP to deliver up to six P-47s from the assembly line to point of embarkation in Newark, New Jersey for shipment overseas. The flying was often arduous, through haze and heavy air traffic, and as the day ends, the active runway in use is often to the west and the blazing sun is blinding. Upon delivery, the ferry pilots return to the Republic factory in a C-60 piloted by two WASP.

Given its production prowess it is not surprising that September 20, 1944 saw Republic celebrate the creation of its 10,000th P-47 Thunderbolt. But it was truly fitting that the honor of welcoming the aircraft off the assembly line was granted to a WASP, one of the few times they were visibly recognized during their period of service to the country. WASP director, Jacqueline Cochran stood on a platform not far from this hangar and smashed a bottle of champagne across the propeller hub of the brand-new P-47 proclaiming, “ I Christen Thee 10 GRAND!”

The WASP P-47 squadron was formally honored at the ceremony and WASP Teresa D. James flew ‘Ten Grand’ on its first leg of its journey for shipment overseas. James would fly more Thunderbolts than any other pilot during the war, ferrying them from Republic to the point of embarkation in Newark.