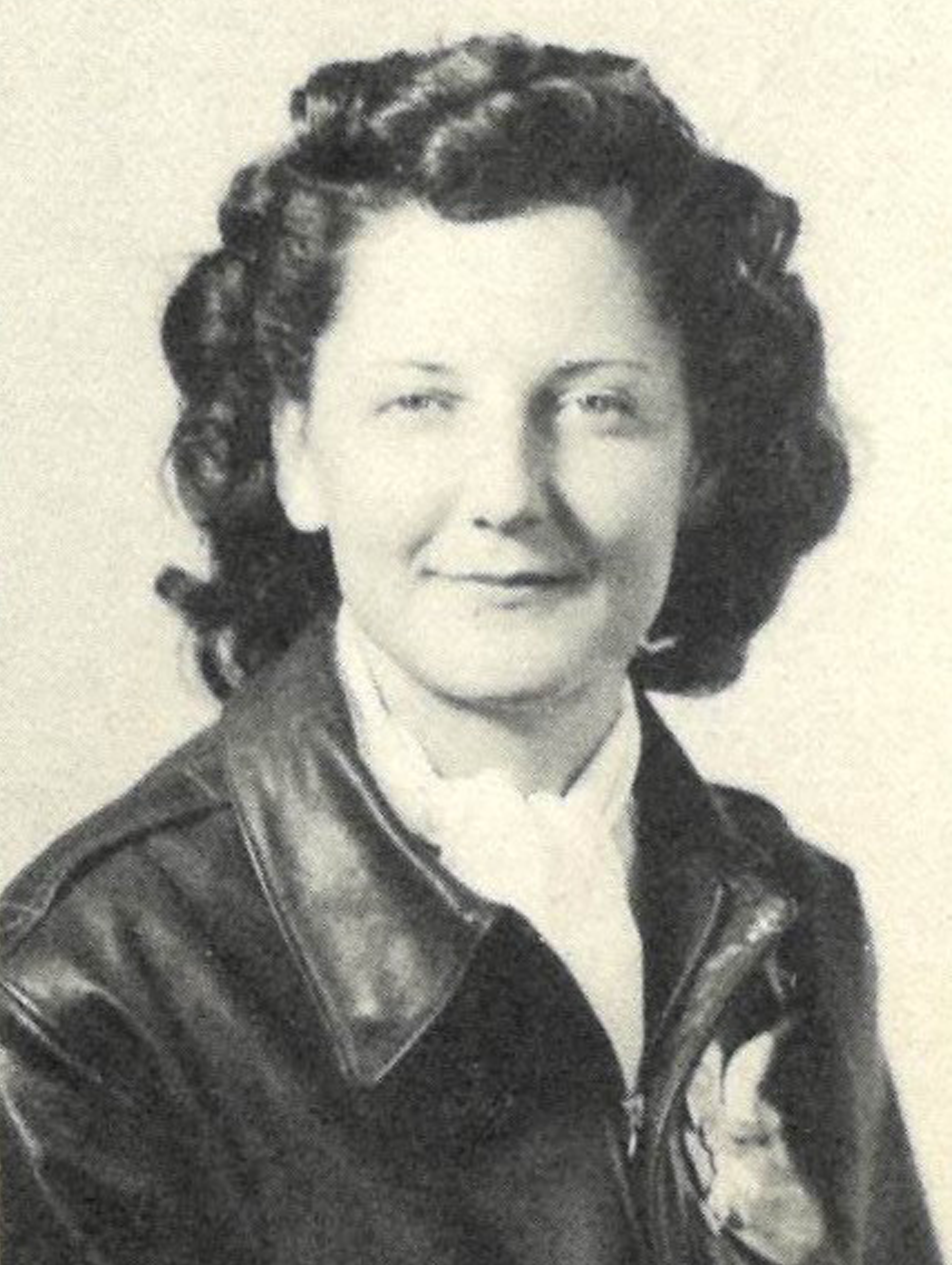 Betty was born May 12, 1919, to Rhea and Joseph Heinrich in Houston, Texas. A native Houstonian, she attended Travis and Browning Elementary, James Hogg Middle School, La Porte High School, and graduated from the University of Houston.

Betty jumped at the chance to learn to fly after a U of H math professor for whom she was grading papers asked her, “Would you like to be a pilot?” She immediately enrolled in the Civilian Pilot Training program at the U of H, took her flight training at Hobby Airport, and began adding hours to her logbook. She logged 180 hours of flying time before joining the 43-W-4 class of WASP trainees and reporting to Avenger Field, Sweetwater, Texas. There were 152 trainees in the class. On February 16, 1943, 76 trainees of class 43-W-4 began their training in Houston, Texas. The other half, which included Betty, reported to Sweetwater, Texas. On May 18, the Houston trainees flew to Sweetwater to complete their training and join the rest of their class.  112 graduated from training on August 7, 1943.

Betty’s favorite plane was the AT-7, in which she flew over 500 hours. Following graduation, she was assigned to Love Field, Dallas, Texas as a ferry pilot and then as a Link Trainer instructor in Orlando, Florida.

After a transfer to Hondo Army Air Field in Hondo, Texas, Betty’s assignment was navigational flying in C-45’s training cadet navigators. She met her co-pilot and future husband Virgel K. Berkstresser (Herky) while in Hondo and remained based there until the WASP disbanded.

Two days after the WASP disbanded, Betty and Herky were married, settled in Houston and began a family. She was a wonderful mother to her four children: Betty Keene, a former NASA aerospace engineer and private pilot, Peggy, a former teacher and outdoor educator, Terry, materials manager and private pilot, and Kerry, an actuarial analyst and hot air balloonist.

While raising their family, Betty taught for many years in Houston ISD elementary schools Garden Villas, Bastian, and Golfcrest, eventually retiring from teaching in 1983. Throughout her retirement she enjoyed numerous visits from former students and room mothers. Betty loved to read, garden, sew, quilt, stargaze, and travel. She rode more than 50,000 miles around the U.S. and Canada on her Honda 500cc motorcycle with Herky and Garner State Park friends. She and Peggy took her two grandchildren on yearly road trips throughout the west and to Canada. Every trip was an adventure whether it was around town or around the country.

Following Vergil’s death in 2007, Betty stayed in her Houston home living with her daughter Peggy. Her backyard full of fountains, flowers and birds was always a joy. After, watching the “Treehouse Masters” television program, she had a treehouse built in Leakey, Texas overlooking the Frio Springs. Betty spent time at “Betty’s Birdhouse” whenever she could.