WASP in the Spotlight – ROBY ANDERSON 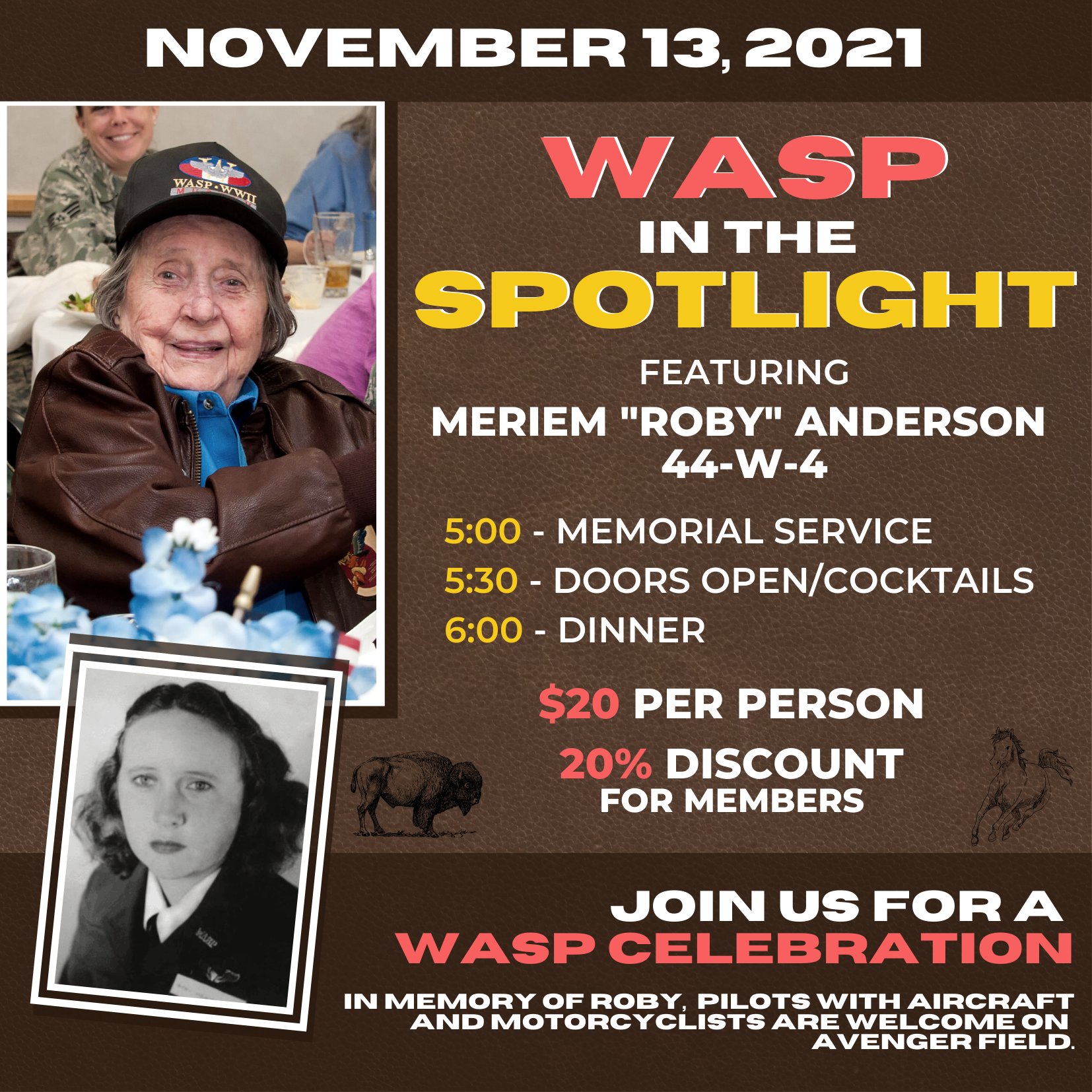 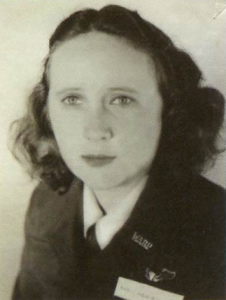 Mrs. Anderson was born in Eureka, Kansas but attended school in Miami Beach, Florida. She began flying in 1942 in Wichita, Kansas, traveling to and from on her motorcycle. Winters in Kansas included breaking horses for the Army in France.

In 1942 she joined the Civil Air Patrol in Wichita as a lieutenant, transportation officer and pilot, and became a WASP in October 1943. “I wanted to fly ever since I was a little kid,” Mrs. Anderson said. “My parents weren’t real happy about it, but they felt differently after I got my wings.” She was one of five women from Wichita’s air patrol who received WASP wings. She continued flying until the 1970s.

After the program disbanded, Mrs. Anderson married Alexander “Harry” Anderson in Kansas City. Together they welcomed a son, Roby Charles, and moved to her family’s ranch in 1945. Whether it was flying, attending to her stable of animals including cows, buffalo, chickens and prize-winning Appaloosa horses, listening to big band and reggae music, or watching “Gunsmoke,” she lived life to the fullest. She took her final flight on January 5, 2018 at the age of 96.