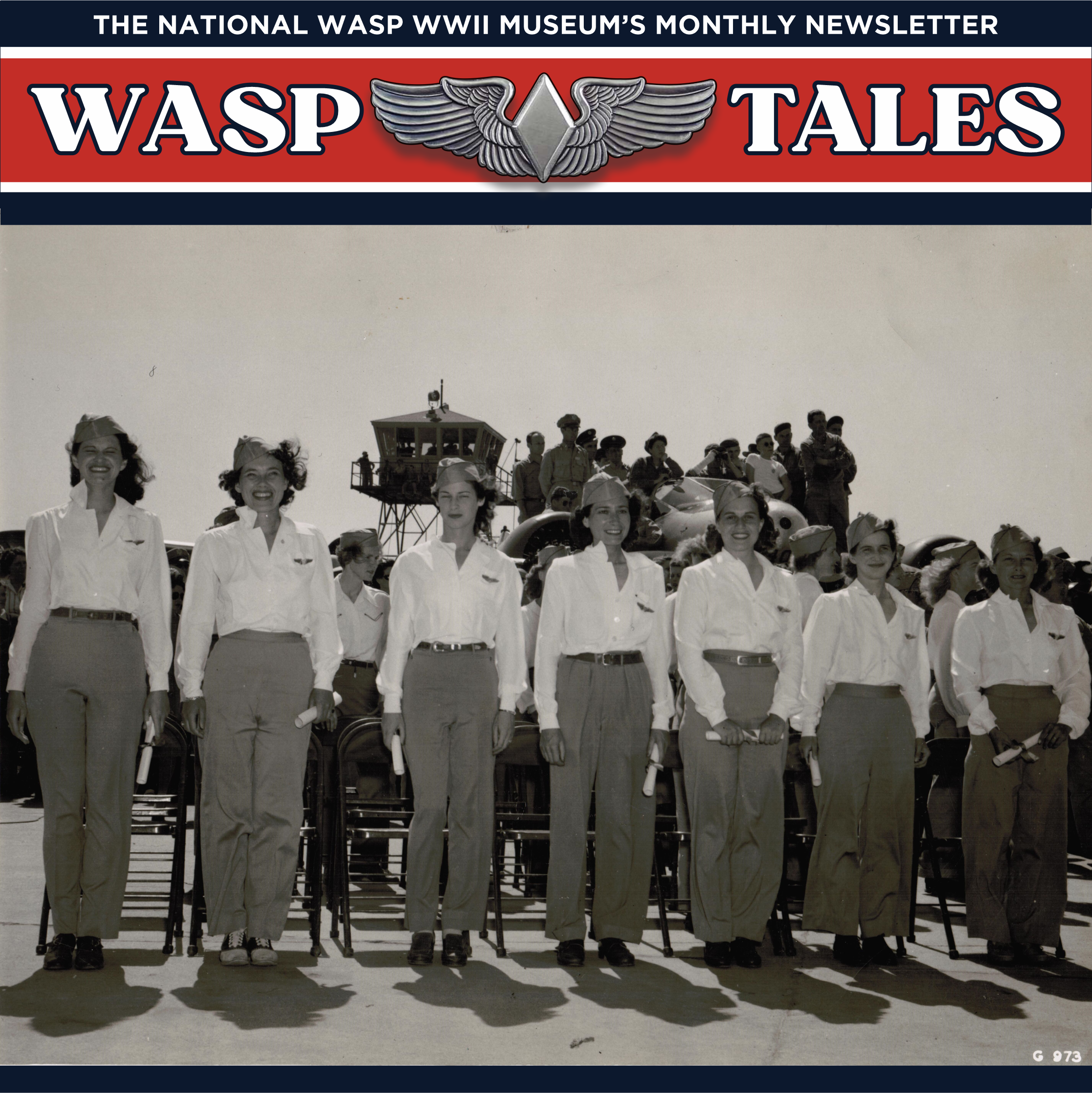 In November of 1942, twenty-eight of the 29 women accepted into the 319th Women’s Flying Training Detachment (WFTD) reported at dawn for training at Houston Municipal Airport in Houston, Texas. With the initial minimum of 200 hours of logged flight time required for acceptance into the WFTD, 23 of them received their silver wings from Jacqueline Cochran in April 1943, graduating with Class 43-W-1, the first class of what would later become the WASP, the Women Airforce Service Pilots.

Of the 18 classes to complete training for the program, Class 43-W-1 and 43-W-2 were the only classes to conclude training with the 319th at Houston, however, 43-1 was the only class to both train AND to graduate at Houston on April 24, 1943, before the program was moved to Avenger Field at Sweetwater’s 318th AAF Training Detachment, due to inadequate living facilities, poor weather and congested air traffic at Houston.

The first recruits of Class 43-W-1 were referred to as the ‘guinea pigs’, given that as the very first class of trainees, the weight of the WFTD program’s success largely rested upon their shoulders. Initially housed in boarding houses and motels several miles from Houston Municipal, transport to the airfield each day was provided by bus and Army supply trucks (aka cattle cars) fitted with boards to serve as seats. At one end of the field lay Houston Municipal and the WFTD FBO,

Aviation Enterprises. Classroom facilities were meager, if not non-existent, as were bathrooms and a cafeteria. As civilians and without a uniform, the women wore civilian flying clothes which soon wore out due to the rigors of flying all day with no place to change. In order to look more military, the women went to local department stores to purchase men’s trousers, until flying jumpsuits arrived, male sized 40 to 46 and up. With pant legs so ‘spacious’ the trainees coined them ‘’zoot suits’’.

While learning to fly ‘the Army Way’, trainees marched to flight and ground school and to a rigorous physical training program each day, led by Lt. Alfred Fleishman. In what was to become a WFTD tradition, one of the many popular and comical songs had lyrics such as,

“Mine eyes have seen the glory of my biceps bulging out, Mine ears have heard the story of L.T Fleishmans’ shout, My teeth have felt the gritty sand that we all gripe about, The 319th flies on!”

Having successfully completed the five-month WFTD program at Houston Municipal and wearing store purchased khaki slacks, a white cotton blouse, and a tan overseas cap, in order to look ‘more military’, the first class of the WFTD, 43-W-1, proudly earned their silver wings. Of the 28 graduates of 43-W-1, Marjorie M. Gray was one of them, serving the entire 25 months as a WASP.

In 1977, then Lt. Col. Marjorie Gray, USAF (Ret), addressed the Ninety-Nines, International Organization of Women Pilots and said, ‘’The proudest moment of my life was not when I graduated from college, soloed my first airplane, obtained my commercial rating, received the Air Force Meritorious Service Medal, or the Lady Hay Trophy – none of these times. It was when I received my silver wings as a graduate of the first class of women to receive military cadet flight training. I was one of 23 of my 28 classmates to complete the training. After graduation from the first class of WASP at Ellington Field in April 1943, I was stationed at Newcastle Air Force Base, Wilmington, Delaware under the command of Betty Huyler Gillies. I flew the B-24, B-25, B-26, DC-3, and 15 other types of military aircraft.”

And the rest, as they say, is history!

Julia is the proud mother of two daughters and a rescued Boxer. Her many interests include swimming, painting, traveling, aviation history, cooking, and storytelling.