Part I: WASP On Duty | The Ferry Command by Julia Lauria-Blum 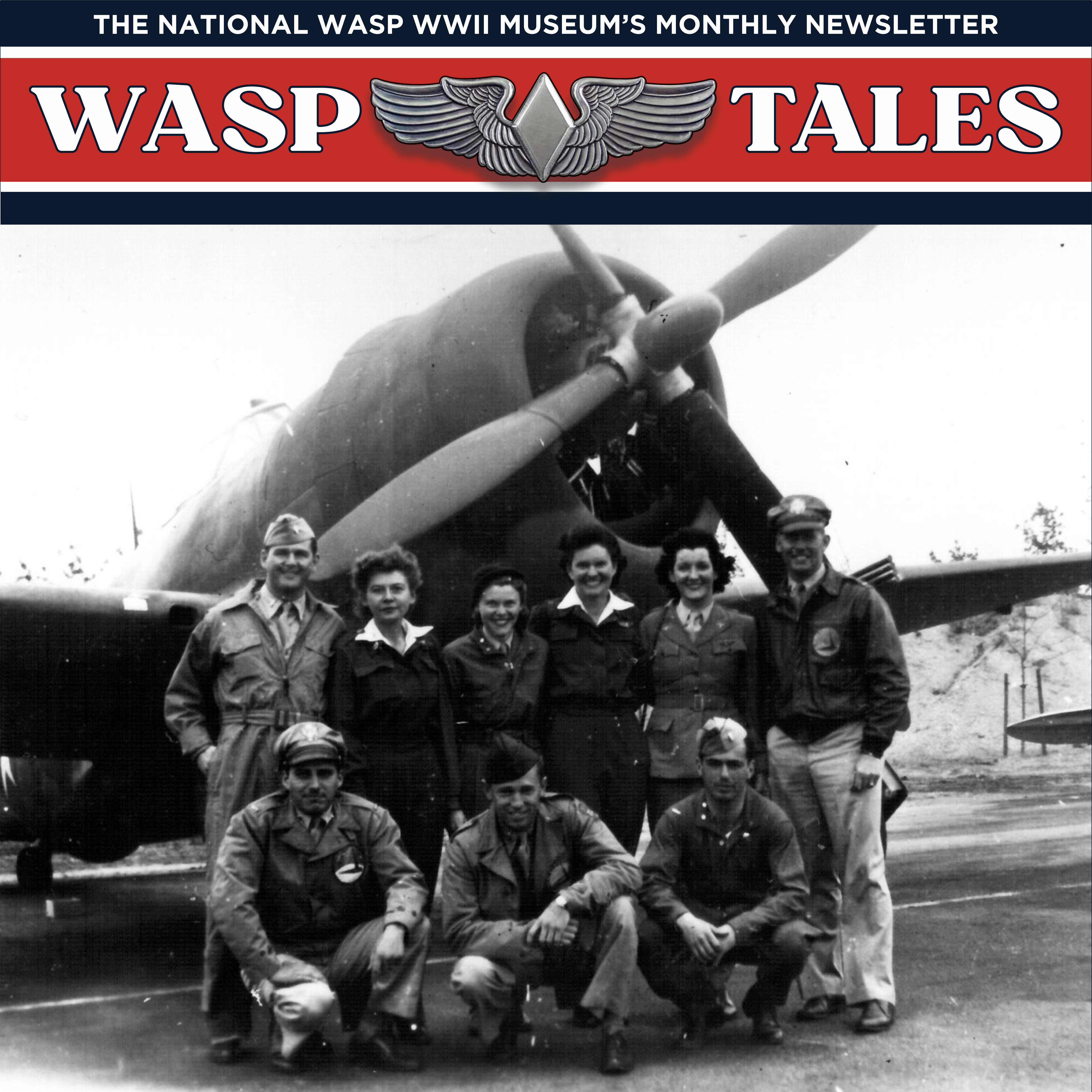 In 1942, the Women’s Auxiliary Ferrying Squadron (WAFS), led by Nancy Love was formed to enlist already-qualified women pilots to transport (ferry) aircraft from factories to training bases. The first group of women reported to Newcastle Army Air Base, Delaware, headquarters of the 2nd Ferrying Group of the Air Transport Command (ATC) on September 11, 1942. After a 30-flight training course that taught the original 28 WAFS to transition to military aircraft, their initial mission was to ferry trainers and light aircraft from factories. Later, as the program progressed they ferried pursuits (fighters), bombers, transports, and cargo planes as well.

As the WAFS were being organized, the Women’s Flying Training Detachment (WFTD), directed by Jackie Cochran, was initiated to supplement the number of women pilots to fly for the Ferry Command. In November 1942, the first class of the WFTD reported to Houston Municipal Airport to learn how to fly ‘the Army way’. After a rigorous 5-month program,  23 trainees graduated as the Class of 43-W-1, and subsequent classes graduated at Avenger Field in Sweetwater after the program was moved there in May 1943. On August 5, 1943, the WAFS and WFTD merged to form the WASP.

The WAFS and the first five classes of the WFTD were assigned to the Ferry Command in order to transport military aircraft from factory to airbases and ports of embarkation. WASP assigned to the Air Transport Command (ATC) served at the:

A routine work week for ferrying assignments was scheduled as a 7-day work week. The day generally began with a 6:00 a.m. wake up, breakfast, getting to the flight line, a weather and route check, receiving clearance to fly, and the standard requirement to send off a departure telegram to home base before an 8:00 a.m. departure. The central mission was to transport the aircraft to its destination point, intact, and as quickly as possible.

During early ferrying, a leadership role was given to more experienced women pilots. The women ferried in a group, sometimes as many as five, with each pilot flying one airplane. Leaders would rotate so that each pilot could navigate.

WASP ferry pilots with orders to pick up aircraft at factories checked in on arrival at factory operations offices and waited for their aircraft to fly. Delays sometimes occurred at transfer points. Some flights were short, some were long.  It could take some time to return to home base or another ferrying assignment. If there were many aircraft ready at the same time to be transported from a factory, and enough ferry pilots available to ferry them, Military Air Transport Services would send a MATS transport plane to the base, fill it with ferry pilots, and fly them to a factory to pick up and transport aircraft.

Overnight accommodations could be a challenge for WASP, as some bases did not have provisions for ‘in-transit’ pilots and stopover bases were usually removed from towns, making transportation unpredictable. Some factories reserved rooms in hotels for ferry pilots on TDY (Temporary Duty), as did Beechcraft, Boeing, and Republic Aviation.

In the over two years that the WASP served, there was a great deal of travel within the United States. In 1944, with the urgent need for military aircraft overseas, WASP ferry pilots had top priority for travel space on commercial flights, buses, and trains. Only the President of the United States and emergency medical service superseded this priority and on occasion, the WASP ‘bumped’ prominent citizens and celebrities from their assigned seats.